Famous YouTuber Gaurav Taneja found it difficult to celebrate his birthday with fans. Gaurav Taneja had reached 51 metro station in Noida to celebrate his birthday and shared this information with his fans through social media. After this, there was an influx of his fans at the metro station, due to which there was chaos as well as jam. Police reached the spot and took care of the situation. After this the police detained the YouTuber and then arrested him.

Actually, Gaurav Taneja shared the post on his Instagram account and said that he will celebrate his birthday with the fans at the metro station. After this, there was a huge crowd of fans outside the metro station. The crowd became uncontrollable, due to which the staff passengers of the Metro also had to face trouble. After this the police of Noida Sector 49 reached the spot and pacified the crowd and took Gaurav Taneja into custody.

UP | Visuals from earlier today after a huge crowd gathered at a metro station in Noida to celebrate the birthday of YouTuber Gaurav Taneja aka ‘Flying Beast’ who was then arrested under Section 188 for violating Section 144. pic.twitter.com/1snTogpgpQ

Gaurav Taneja has been accused of violating Section 144. According to the information, a case has been registered against Gaurav under sections 341 and 188. Gaurav Taneja’s wife Ritu Rathi had posted an Instagram story and said that she would meet the fans at 1:30 pm to celebrate her birthday. After this, another story was told that due to personal reasons, Gaurav’s birthday celebration had to be canceled. 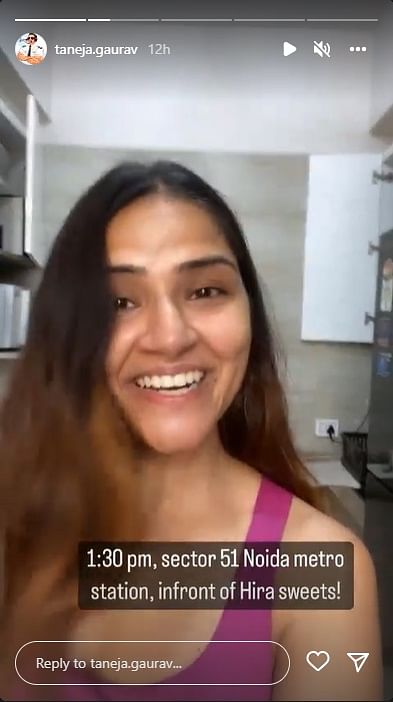