Naseem Banu Death Anniversary: At that time it was a big deal for women to be in the cinema. At that time it would have been a big deal to win the title of ‘Beauty Queen’ and ‘First Female Superstar’. Hardly anyone would recognize Naseem Bano in today’s era. But due to her beauty and acting, she was given titles like ‘Beauty Queen’ and ‘First Female Superstar’. Tribute on the death anniversary of Naseem Bano today. first movie- In 1935, his first film ‘Khoon ka Khoon (Hamlet)’ (Ophelia in Hamlet ‘Khoon ka Khoon)’ was released. His co-star in this film was Sohrab Modi. In 1939, he got recognition from the film Pukar. Naseem played the role of Queen Noor Jahan in this film. According to musician Naushad, he got the fairy-face because of the promotional advertisements of his films. Only a few people would know that Naseem Bano was the mother of actress Saira Banu and mother-in-law of Dilip Kumar. personal life- Born in Delhi city, Naseem, whose earlier name was Roshan Ara Begum. His father was Abdul Waheed Khan, the Nawab of Hasanpur. His mother Shamshad Begum, who was a famous singer at that time, wanted her daughter Naseem to become a doctor from the beginning. Once when Naseem had gone to Mumbai to watch the shooting of the film with her mother, then she developed a passion for working in films. Naseem was so beautiful that on seeing her on the film set, the offers of films started coming. Naseem Bano married his childhood friend Mian Ahsan-ul Haq. Who later started the Taj Mahal Pictures banner. Naseem and her husband produced many films under this banner. 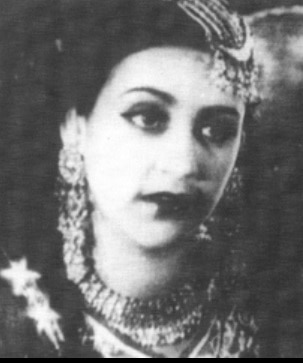 last movie- The film ‘Ajeeb Ladki’ was Naseem’s last film. This was the same period when Saira Banu was about to knock in films. Naseem Banu said goodbye to his film career forever for his daughter Saira Banu, as he did not want her to be compared to his daughter. After saying goodbye to the film industry forever, she became a fashion designer. He also designed the dress for Saira in many films. On 18 June 2002, at the age of 85, Naseem breathed his last.

Know, what is special about the gift hampers you meet at Koffee With Karan, for which celebs play rapid fire rounds

Anupam Kher Opens Up On Retirement Says I Still Have 20 Or 25 Years Of Work Left | Anupam Kher announces his 526th film, speak on Retirement