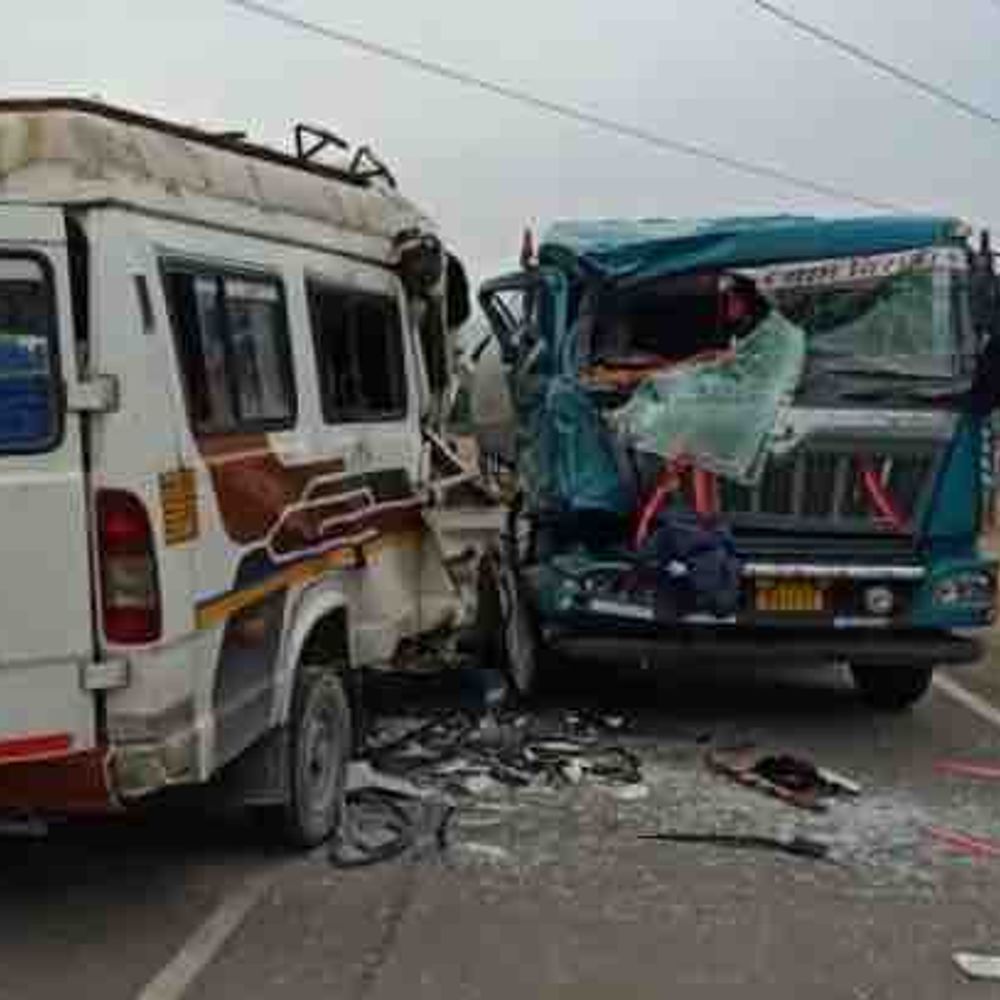 Vehicles parked after the accident on Nalagarh-Swarghat National Highway.

Nine tourists aboard a tempo traveler were injured when two vehicles collided near Jhidiwala on the Nalagarh-Swarghat National Highway in Himachal Pradesh. The tourists were walking from Manali and going back to Delhi. On information, the police reached the spot and took the injured to CHC Nalagarh. Where doctors told the condition of five tourists to be serious and referred them to PGI. While others have been discharged after first aid.

According to the information, the tanker was going towards Swarghat from Nalagarh at around 1.30 pm. The tempo traveler was coming from the wrong direction near Jhidiwala. During this, both of them had a face-to-face confrontation. Tourists from Haryana and Delhi were on board the tempo travel. The tourists had left for Delhi after visiting Manali.

CHC Nalagarh’s doctor Prabhuti Sharma told that the case of accident had come late at 1.30 pm, out of which five have been referred to PGI due to critical condition. Whereas, the rest had minor injuries, which have been given first aid. Police station Nalagarh has started investigation by registering a case against the tanker driver.

identification of the injured

New Gst Rates: From July 18, Pockets Will Be More Loose, Canned Flour, Milk And Cheese Will Be Expensive Due To Increase In Gst GST too